Tote bag with a reinterpretation of the phrase "Always follow the right path", by the character Aniki Bóbó 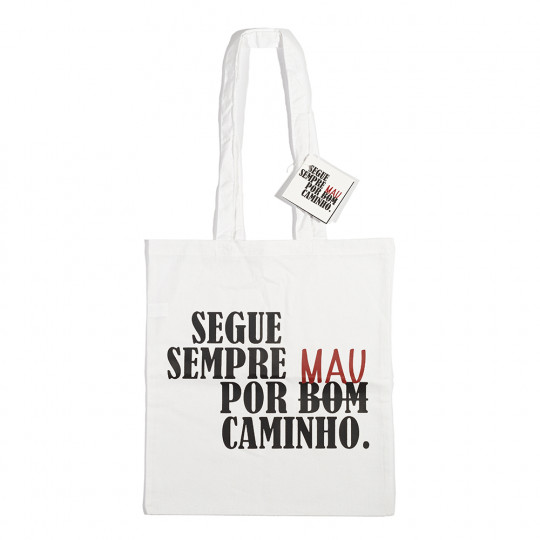 Tote bag with a reinterpretation of the phrase "Always follow the right path", by the character Aniki Bóbó

White tote bag with the phrase "Always follow for the bad path" reflecting the sense of humor of Portuguese director Manoel de Oliveira.

The phrase that composes this tote bag is a humorous reinterpretation of one of the characters from the Aniki Bóbó movie.