Llivro sobr eo percurso da obnra de Manoel de Oliveira
Preço
€13.21
Already so often said, as certainly as many repeats , the film by Manoel de Oliveira is intertwined with the history of cinema , Manoel de Oliveira 's age of cinema , or even that the cinema is the youngest arts , Manoel de Oliveira is the youngest of the filmmakers . While it is true that the analysis of the cinematic route de Oliveira can avail by a Perspectives of Portuguese cinema, it is found that he is the only filmmaker to have done business in the crossing of the silent film to sound and black and white to color , and accepted the trope that confuses freedom with rejuvenation, these statements , perhaps just not shut the suspicion that the celebrity Manoel de Oliveira is today in Portugal , as great as his work is unknown . The journey for the work of Manoel de Oliveira who intends focuses on a formal analysis of some of the most typical settings oliveiriana aesthetics. Subordinating the timing of realization of movies and prioritizing the issues related to the image , this exhibition organized into six chapters , all profusely illustrated with pictures of almost every movie made ​​to date .
CT000296 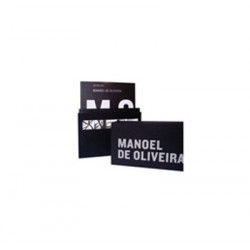 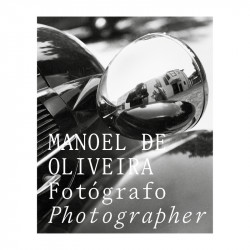