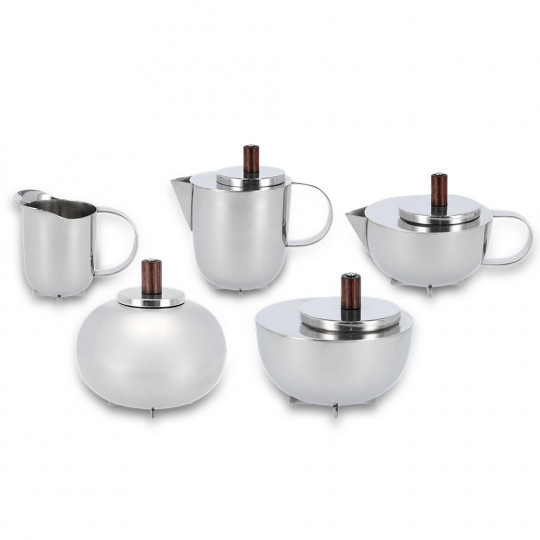 This set of 5 pieces includes the Sugar, Leiteira, Teapot, Bomboneira Pequena and Cafeteira, and intends to pay homage to Serralves Heritage.

Made in Pau-Santo and Tin, this tea service is an excellent option to offer, collect or for any prominent space at you table.

Originally conceived as a private residence, Casa de Serralves and the surrounding park resulted from a project commissioned by the second Count of Vizela, Carlos Alberto Cabral (1895−1968) for the land of what had been the family's summer farm near Porto .

Designed and built between 1925 and 1944, the House is considered the most notable example of an Art Déco building in Portugal, having been classified as a Property of Public Interest in 1996. In 2012 the set of built and natural heritage of the Serralves Foundation received the National Monument status.

There was also the intervention of the architects and decorators of Casa Ruhlmann, who were entrusted with the interior design.