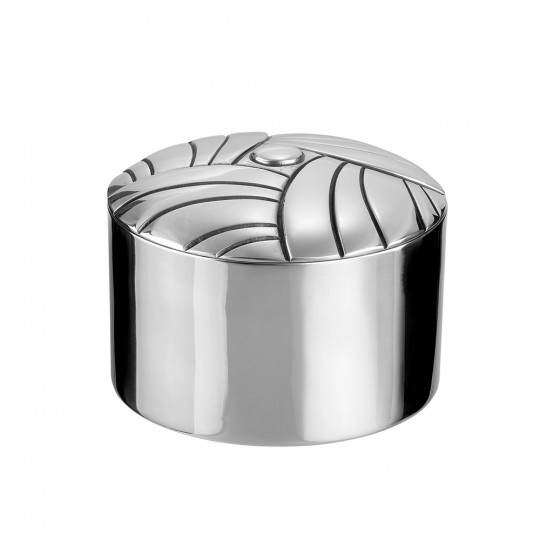 Caixa Magnólia is a superbly decorated piece with features inspired by the handles of Casa de Serralves.

More than an elegant box that easily fits into any decor, this piece is also functional as it allows you to store your small objects.

It is available in three sizes, large, medium and small, which together appear to be a single piece of decoration.

Ana Paula Allen, a Portuguese architect by training, was inspired by the handles of the Casa de Serralves, combining art deco with the contemporary architectural features that characterize it, to create decorative and versatile pieces that look good in any space.