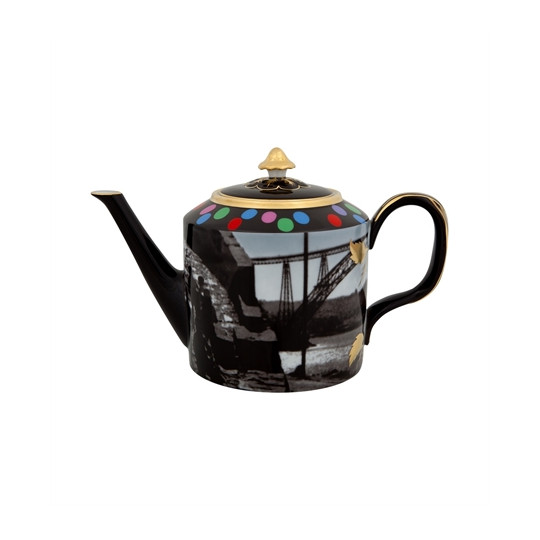 The Aniki Bobó Teapot is the fourth piece in the 1+1=1 collection that adopts the homonymous title from the first film by Manoel de Oliveira – Aniki Bóbó.

The designer Manuel Casimiro was chosen by the filmmaker to graphically reinterpret the selected work in a piece from the Vista Alegre collection, chosen by the two authors.

The ideal piece for lovers of the filmmaker and perfect for serving your tea.

The Manoel de Oliveira collection is a line of accessories that promote the cinematographic universe of the Portuguese director. Each of the pieces is inspired by the artist's iconic films.