T-shirt with a reinterpretation of the phrase "Always follow the right path", by the character Aniki Bóbó 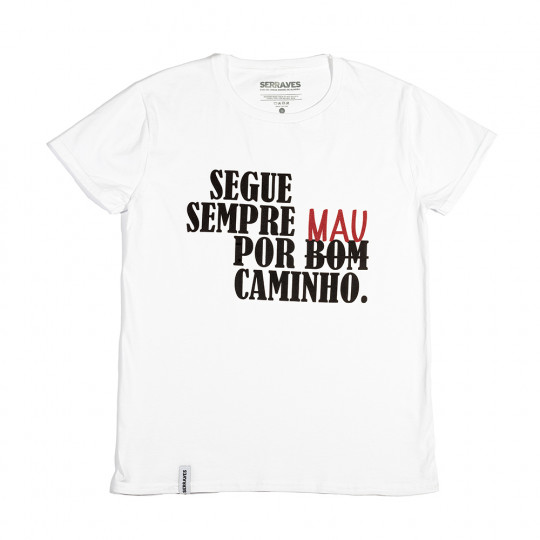 T-shirt with a reinterpretation of the phrase "Always follow the right path", by the character Aniki Bóbó

White t-shirt with the phrase "Always follow for the bad path" reflecting the sense of humor of Portuguese director Manoel de Oliveira.

The phrase that composes this t-shirt is a humorous reinterpretation of one of the characters from the film Aniki Bóbó.